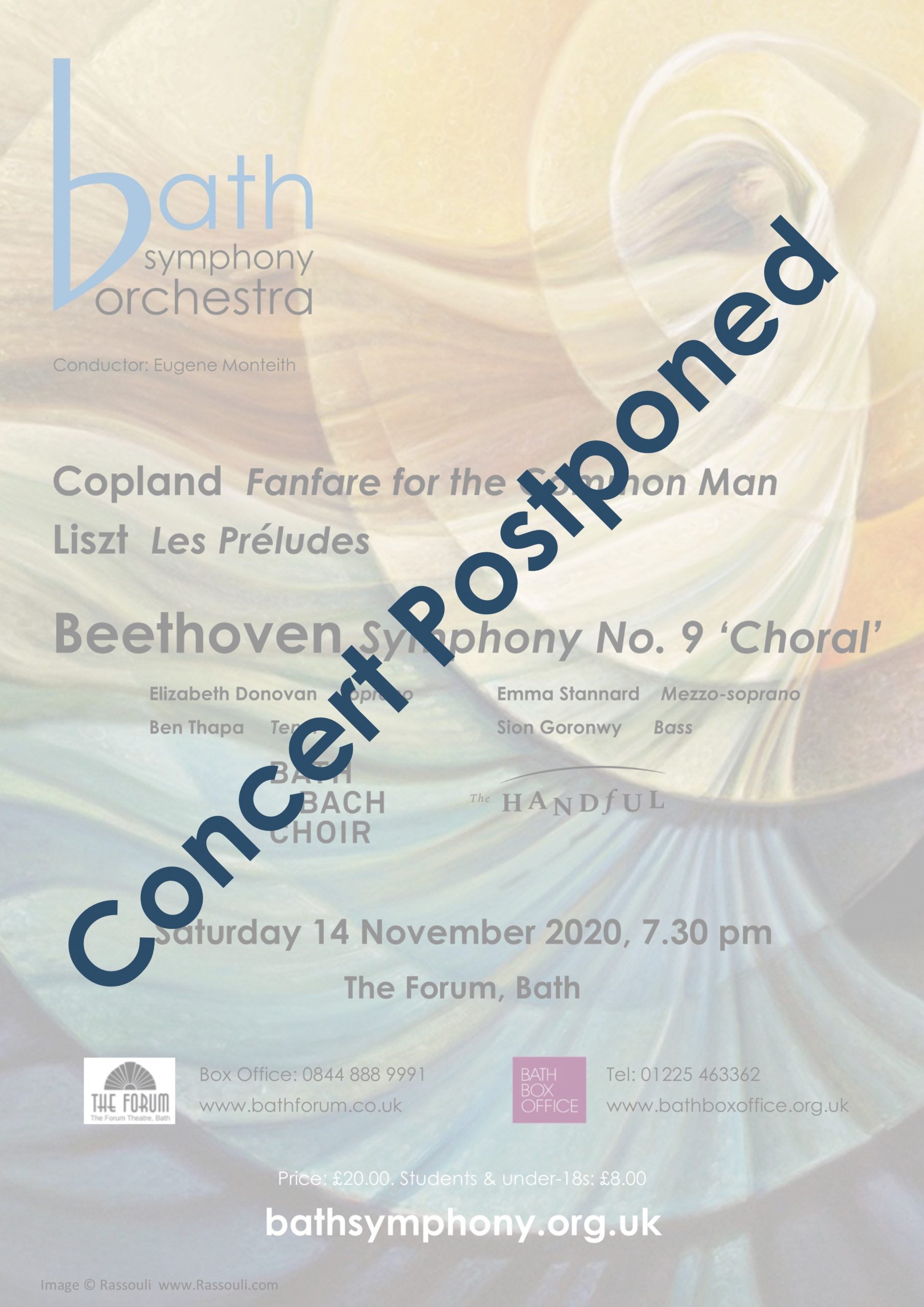 We celebrate the 250th anniversary of Beethoven’s birth by joining forces with Bath Bach Choir and The Handful to perform his mighty Choral Symphony.  Ever the musical ground-breaker, Beethoven was the first composer to introduce voices into a symphony. His inspirational setting of Schiller’s Ode to Joy, celebrating the universal brotherhood of man, remains a beacon of hope in troubled times.

Liszt was also an innovator and was the first composer to use the term ‘symphonic poem’ to describe a single-movement work linked to some extra-musical idea, such as a poem or painting. Les Préludes is the best known of Liszt’s thirteen symphonic poems and draws on a poem by Lamartine on the theme of love and war: ‘What is life but a series of preludes to that unknown hymn…?’

We open our programme with Aaron Copland’s Fanfare for the Common Man.  Composed in 1942 to support the American war effort, the fanfare does not celebrate any individual hero. Rather, Copland sees every individual as heroic and celebrates the power found in all of us to change the world.